Our laboratory is equipped with sophisticated (state of the arts equipment) for every forensic document investigation and guarantees accurate results. The handlers of the Lab are abreast with international trends, constantly updating the database of the Center with every imaginable piece of security/identity documents for quick referencing, and making use of the latest technology and best practice in document forensic examination to produce guaranteed results.

The Minister of the Interior, Mr Ambrose Dery, has called for an effective border security and innovative and proactive approach to managing migration.

He said recent developments regarding security across the West Africa subregion and the globe at large and threats of terror, made having a robust border security and its related issues such as high quality profiling and document fraud identification imperative.

“Transnational crimes mostly take place through the abuse of documents, especially source and travel documents such as passports. Therefore, there is  need for concerted action in the fight against transnational crimes,” he said.

Mr Dery made the call in a speech read on his behalf by the Deputy Minister for the Interior, Mr Henry Quartey, at the inauguration of the Ghana Immigration Service (GIS) Document Fraud and Expertise Centre (DFEC).

The unit operated originally from rented accommodation at Dzorwulu in Accra, but now has permanent offices of its own, which is located at the Airport enclave.

The new DFEC office was constructed and equipped with support from the German Federal Police and the current spacious facility has the capacity to train personnel of the GIS and other relevant institutions such as the Ghana Police Service, Judiciary and Passport Office in document fraud detection.

As part of its mandate, the centre conducts investigation into documents upon request from immigration liaison officers and also trains agents on ways of identifying a fraudulent document.

Mr Dery said the GIS had a crucial role to play in securing the country’s borders and maintaining its territorial integrity and by extension ensuring the economic wellbeing of the people of Ghana.

He said the new office building had come at the right time to augment efforts that the government and the GIS were making to improve the capacity of the service’s personnel in document fraud detection.

The Comptroller-General of Immigration, Mr Kwame Asuah Takyi, said the centre was in a strong relationship with almost all embassies of the European Union countries in Ghana and working closely with all immigration liaison officers and police attaches in the embassies.

He said the centre was also contributing immensely to the judicial processes in the country as it served on occasions as prosecution witness in the courts.

In addition, he said, the DFEC was contributing to the global fight against terrorism, money laundering, human and drug trafficking and transnational crimes.

“It conducts investigations and analyses passports, visas, marriage and births and deaths certificates as well as resident permits and identity cards,” he said.

He expressed his gratitude to the German government and German police service for contributing to improving Ghana’s security, adding that the new facility would boost the capability of the centre to conduct further training for all concerned.

The German Ambassador to Ghana, Mr Christopher Retzlaff, said the German Federal Police funding of the new DFEC building was an example of the close cooperation Germany had with Ghana.

He said the German government was committed to strengthening security structures in Ghana and the West Africa subregion in the fight against transnational, organised and cross-border crimes.

He said considering that security was a principal necessity for every nation, there was the need for governments to invest in it. 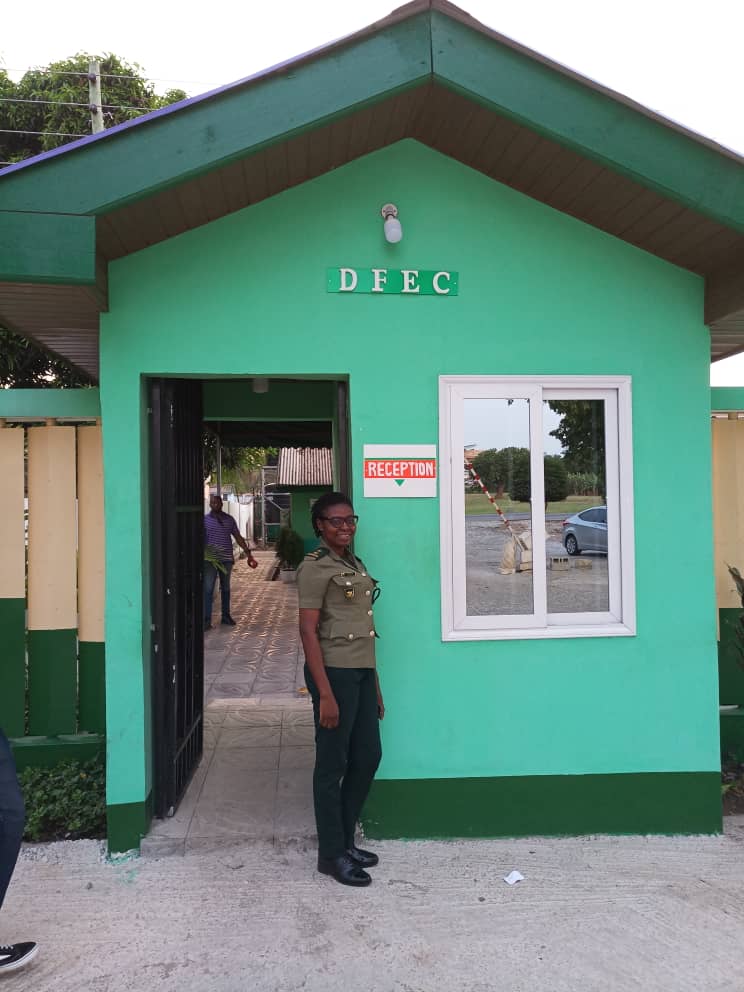 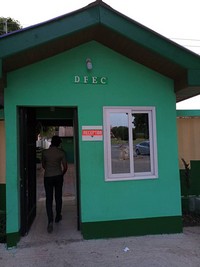 Our Vision is to become a model Centre of Excellence in providing expert advice on security documents and all manner of document examination by meeting international standards in terms of service delivery, personnel, logistics and technological advancement.

We have a Mission to;

ii. To collect, disseminate and analyze data pertaining to document and identity fraud;

iii. To assist in improving security features in documents; and

iv. To develop into a fully-fledged National Document Expertise Centre, for the benefit of the country and its neighbors in the West African sub–region, in the near future.